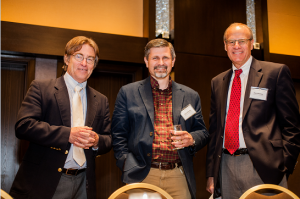 The ACTC Liberal Arts Institute provides help to faculty and administrators in the development of core programs and baccalaureate degree programs. The Institute is a consortium of supporting institutions and ACTC. The Institute was developed in order to take advantage of the strength and ideas which institutions working together can bring to liberal arts, core text education. The consortial institutions and their faculty offer ideas for research, grant, program, and pedagogical development which the Institute seeks to realize. The ACTC Liberal Arts Institute provides leadership and development opportunity on specific projects in core texts and liberal arts to consortial members, but its reach extends beyond the consortium to ACTC institutional members and to higher education at large.

Originally piloted with the support of the University of Dallas in 2002, and re-located at Saint Mary’s College of California with the College's generous support in late 2004, the Institute was developed in 2006 into a consortium of supporting institutions at the suggestion of William Carroll, then-President of Benedictine University. The Institute utilizes the strength and ideas which institutions working together can bring to liberal arts, core text education.

Recently, the Liberal Arts Institute has re-located to Concordia University, Irvine, through the work of Scott Ashmon, Assistant Provost for Undergraduate Education and Institute Board Member, Mary Scott, former Provost, and President Kurt Krueger at CUI.  ACTC welcomes the Institute's new location at a university whose faculty have accomplished considerable innovations in core text, liberal arts curricula within the last decade. 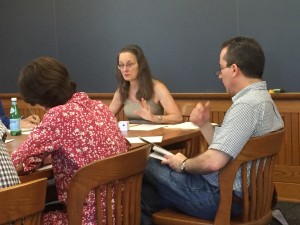 Curriculum and Faculty Development Projects: Recently, the Institute has worked with Columbia University's Core Curriculum, Yale University's Directed Studies Program, and the University of Chicago's Core Curriculum to offer two Tradition and Innovation, seminars in the summer of 2014 and 2016.   Supported by the Institute, the Bradley Foundation and the Teagle Foundation, twenty-three institutions sent teams of two to New York City, New Haven, and Yale to develop core text curricula and pedagogy.  Institutions came from around the world as well as from North America.  Earlier, the Institute won three National Endowment for the Humanities grants for curriculum and faculty development projects. It has been supported by the National Council of Instructional Administrators in weekend seminars for community college.  The results of those projects are offered on this website in the hope that other institutions may benefit from the innovations by leaders and institutions in these projects. Future projects are currently under development.

Assessment Project: Repeatedly, humanists, particularly within general studies programs, observe that current assessment does not capture the liberal learning that they believe they are imparting to students. A rich supplement to current statistical assessment practices would be the construction of narrative cases, or “briefs,” on the development and acquisition of liberal learning as humanists conceive of it. The Association for General and Liberal Studies and ACTC’s Liberal Arts Institute agreed to a project which has resulted in humanistic, institutional narrative assessment centered on core texts and evidence of student liberal learning.  Please see the following link for ACTC's development of the Qualitative Narrative Assessment Project.

International Projects: ACTC is dedicated to the use of World Classics. Recently, ACTC has worked with Columbia University’s University Committee on Asia and the Middle East, The Geneal Education Committee of National Chiao-tung University in Taiwan, and the University General Education Program of the Chinese University of Hong Kong. ACTC has also worked with the Universidad Tecnológica de Bolívar in Cartagena, Colombia in establishing a South American chapter of ACTC institutions and faculty. In 2000, ACTC won a Mellon Grant for a Curriculum Development Project in Central Asia. 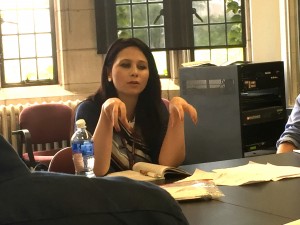 Special Topic Conferences and Research on the Liberal Arts, Curricula, and Core Texts: The Institute conducts research which will improve liberal education in curriculum, faculty support, student support, administration and assessment. The Institute is particularly strong in the areas of general education review and in the preparation of institutions for future accreditation. ACTC’s Trends in the Liberal Arts Core is a longitudinal study of the development of general, liberal education and core text programs in 81 institutions between 1975 and 2004. A Webliography of the Liberal Arts is in the planning stages and is represented in its nascent form through the papers of two Institute sponsored special topic conferences: The Research University and the Liberal Arts College and The Intersection of Religious and Secular Cores.

Resource Consultations: ACTC’s Liberal Arts Institute will provide to interested faculty and administrations, on a fee for service basis, advisory consulting in matters of curriculum reform, links of student and faculty support to curriculum, assessment, and strategic planning.

Free Information: ACTC’s Institute website provides links to numerous Program Descriptions and interested parties may contact the Institute to locate individuals interested in core text, liberal education who have either worked with ACTC and/or have participated in its conferences and activities. We provide extensive information on the nature of our (inter)national projects and welcome inquiries by individuals or institutions on questions concerning liberal, general education, core curricula, and core texts.

Support for Annual Conference: The Institute also provides administrative support for ACTC annual operations, such as the ACTC conference.

Participation and leadership in the Institute is through subscription. Joining the consortium affords an institution: 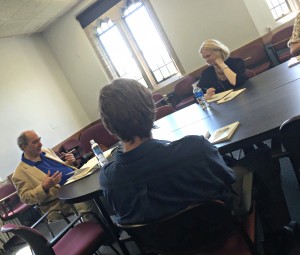 Institutions participating in the ACTC Liberal Arts Institute Consortium will be the leaders of core text, liberal arts scholarship and education in the 21st Century both on the continent and in many parts of the world where core text education is becoming a reality. Institutions supporting the Institute send one representative to the annual conference for a meeting of the Institute Advisory Board. The Executive Director working in concert with the Board and with the approval of ACTC’s governing Board, develops projects and initiatives which benefit liberal arts, core text education in the United States and around the world.

Parties of institutions interested in participating in Institute projects or joining the consortium should contact, J. Scott Lee, Executive Director through info@coretexts.org