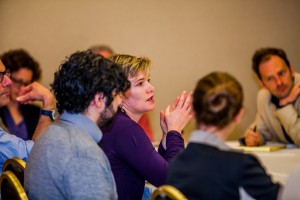 Faculty and administrators are attracted to ACTC conferences because we offer the opportunity to discuss timely issues of art and science, politics and individuals, canons of the West and the World, ethnicity, multiculturalism, and gender through the lens of thousands of years of texts and many intertwined traditions.

Another reason liberal arts faculty and administrators are drawn to our conference is the way ACTC panels are organized: no paper is more than five pages long, and we protect about half of every session for discussion. So, unlike at most conferences where Q&A is brief and rushed, at ACTC, we create opportunities for real conversation about important texts and ideas. 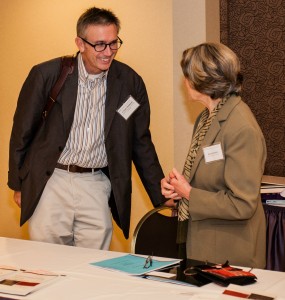 We also explicitly invite discussions of teaching – that lost “liberal art.” We have panels on learning communities, on how to conduct discussions, on how and why particular texts seem to be so effective, on the impact of writing and technology, and the many other efforts that programs and teachers put into making instruction more effective and more intellectually alive for our students. In short, we are about the special relationship forged by teachers and students over a good book.

We also e have frequently had student panels so that we get to see the effects of our instruction and or our students’ reading and hard work.

And, we invite some of the most thoughtful, important voices in liberal education to be our plenary speakers. These are speakers who, conversant with research and theory, are nevertheless able to talk about texts, teaching, programs, and the triumphs and struggles of maintaining sound liberal, core text, education in today’s higher education milieu.

You can see how this all has come together in our previous conferences by selecting the previous annual conference agendas link to the left, but below is a list of plenary speakers, alphabetically arranged by name, followed by their discipline, institution, and the year of their address to ACTC.