NEH Grant – “Bridging the Gap Between the Humanities and Sciences”

National Endowment For The Humanities Grant

ACTC'S LIBERAL ARTS INSTITUTE WINS NATIONAL ENDOWMENT FOR THE HUMANITIES GRANT
One of the Largest Awards in 2003 by NEH.

On Tuesday, March 11th, 2003, the National Endowment for the Humanities announced the year's awards for project proposals to the Exemplary Education Program. ACTC was awarded $ 229,000 for its three-year project, "Bridging the Gap Between Humanities and Sciences: An Exemplary Education Model of Core Text, Humanistic Education." The project was the first initiative of the ACTC Liberal Arts Institute. "Bridging the Gap" began in June 2003 on the campus of St. John's College.

"Bridging the Gap" is a national curricular project which unites humanist scholars and scientists in developing and implementing general, liberal education courses based in the humanities. The project will develop humanities core text courses and discussions about the value, meaning, and importance of science to human ideas, actions, and arts throughout the West and the World. After a national competition, faculties from nine institutions have been selected to participate in the three-year project. Suggested by NEH, funding from outside sources will increase the participation of the project beyond its original plans.

The yearly seminars will have two parts. Phillip Sloan, President of ACTC and Peter Kalkavage of St. John's College co-authored the syllabi of science and humanities readings and will lead the discussions of science and humanities texts for all three years of the project. Toward the close of each two-week session, the participating institutions will move into workshops to plan for integration of the seminar texts into their particular curricula. Scott Lee, project director, and Patricia Cook, project evaluator, will help develop the specific integration plans. Lee commented that "winning this award is an honor and validation of the potential of ACTC, its institutional affiliates, and its new Liberal Arts Institute."

As is its policy, the National Endowment for the Humanities, through program officer Barbara Ashbrook, provided invaluable guidance in helping to develop this project and superb critical reviews from the peer reviewers after the grant was awarded. These helped to improve and finalize the project's content and structure.

Both the seminar syllabi and the institutional applications express the commitment to solid humanistic, interdisciplinary education in core text, liberal education. The first year participants will discuss "Motion and Natural Law in a Philosophical and Political World." The second year participants will read about and discuss "The Problem of Life: Life Sciences and Humanistic Perspectives." In the third year, discussion will turn to "Nature, Art, and Science: the Problem of Technoscience and Values." Simple experiments, field trips, and films supplement the effort as do the evening discussions by faculty over dinners on the hosting campuses. The syllabus will be published on ACTC's website this spring, shortly after the conference.

The following list of participants indicates the cross-disciplinary nature of curriculum building in the Bridging the Gap project. Parties interested in similar efforts on their campuses are urged to contact the project director, J. Scott Lee, or the participants to inquire about building humanities-and-science, core text curricula on their campuses.

Humanists and Scientists take a break in the NEH/ACTC Bridging the Gap project to pose outside of the St. John’s College classroom-lab facilities after a session on Dante’s Divine Comedy. 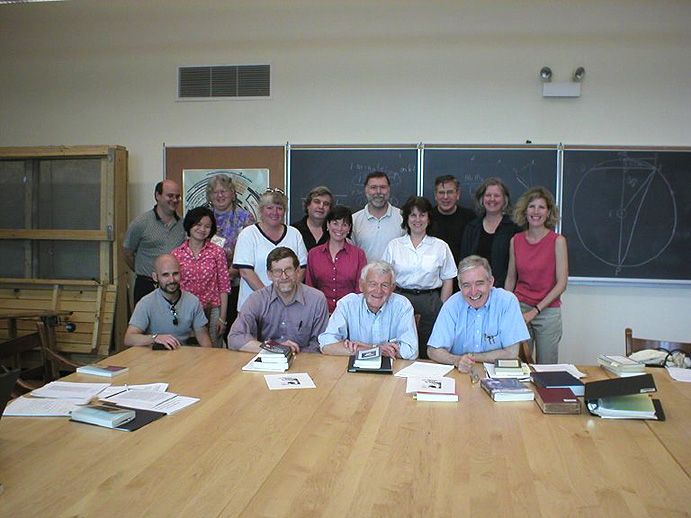 With a Euclidean problem on the blackboard, one section of humanists and scientists in the Bridging the Gap project takes a break for a portrait. 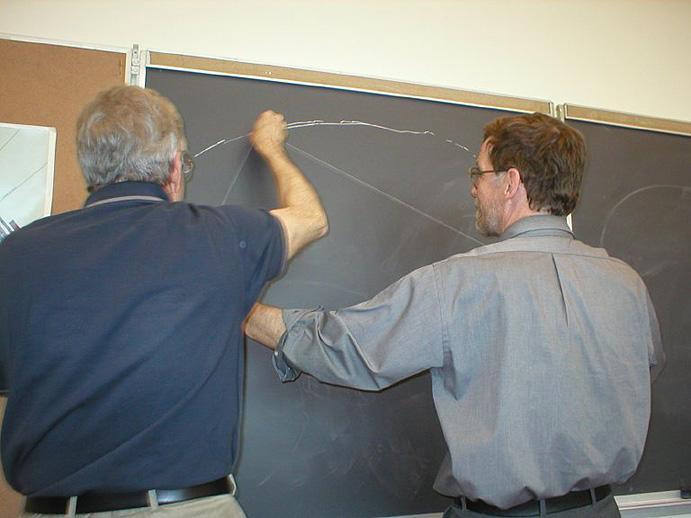 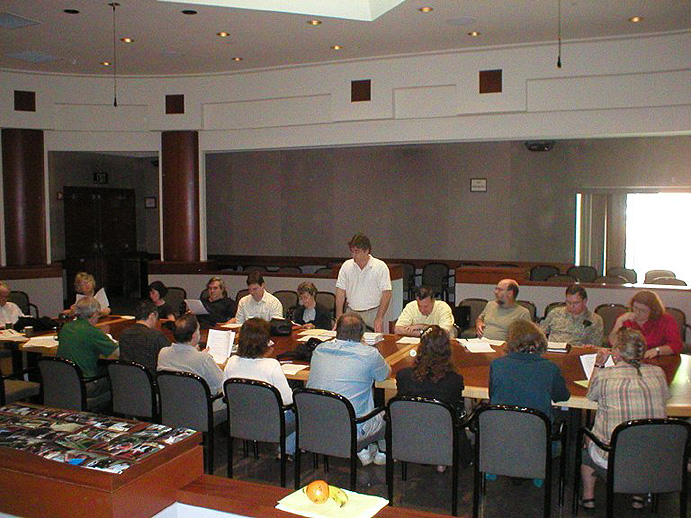 Page Laws (left) from Norfolk State University and Kristina Chew from Seton Hall University show solidarity in facing the challenges of core texts in the humanities and sciences. 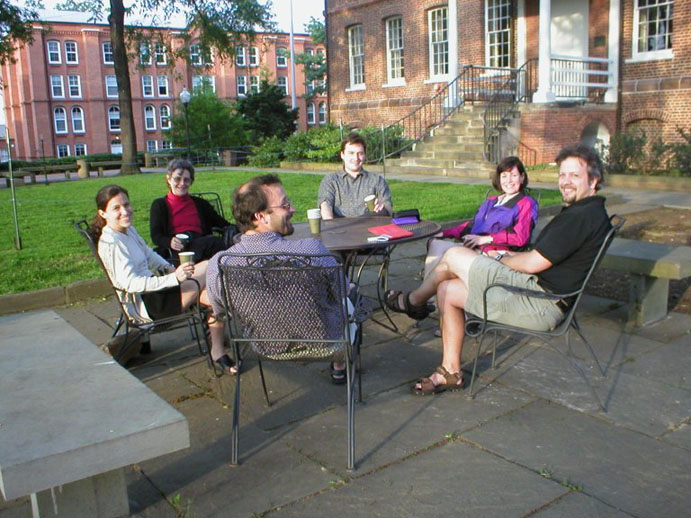